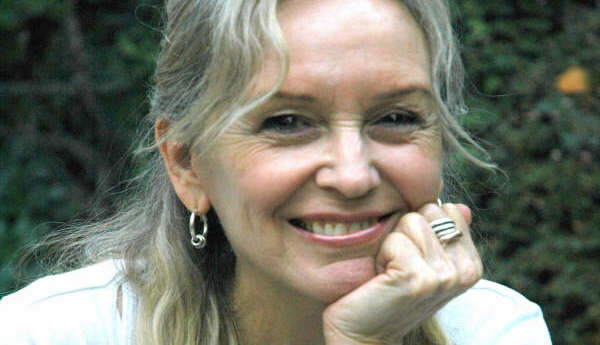 It started in a hammock. In Panama.

In El Valle to be exact, the getaway place for Panamanians. It's located in the rain forest on a dormant volcano so peaceful I had plenty of time to think about the country and its people.

In Panama City the population are descendants of the original canal workers imported from the West Indies, Greece, Denmark, the Punjab, Portugal, China—nearly every continent—so eager for work they didn't ask about getting home again. When return transport wasn't provided, they stayed on and begot a fascinating ethnically mixed population. There's a story in that, I thought.

High in El Valle I mulled it over. Night winds blow hard there but the days are sunny and languorous and I spent them slung half asleep in a hammock. I imagined the book but not one about canal construction and the massive locks, that's been done. I'd already been awed at Miraflores, freighters like buildings, loaded six stories high with containers passing a few yards in front of me. There goes the flat panel TV I want to buy next year—could I make a story of that? The toxic toys from China glided by too but nobody knew about those yet. No story there.

In the hammock I began to realize my story had to be fiction, a novel, and this wonderful lazy hacienda (it belongs to my friend Pat Quinn's brothers) was the perfect place to dream it up. Thanks Marc and Bruce, but nothing came to me, not a shred of plot or character.

Then back in Panama City something did come to me: a love story. And it had to be set against canal construction—danger, social and racial injustice. An American woman and a worker of color maybe. Was I on to something? I searched for workers' memoirs and turned up very little. It was the Americans who documented their experience with letters and journals, the illiterate workers left almost no record, and without a first hand account I'd be lost, wouldn't even try to imagine a laborer's story. But I didn't give up. I continued to read. And read and read and finally came on something useful.

The description of a scrubbed cabin in a workers' junk jumbled area. It contained clean cots and a table with a highly educated Spaniard working pick-and-shovel deep in the cut—what's up with that? The tomboy from the Midwest is struck by the sophisticated European. He's on the lam, focused on starting a revolution in Spain. She's from Dayton, Ohio, and focused on him—sex trumps culture clash. I had my theme.

And I had my book. I started writing and thanks to those personal accounts loaded with detailed descriptive narrative the story emerged.

Of course thanks goes to the Quinn family for their generous welcome to Panama and the vetting of my material. I hope the Quinns' grandfather who helped build the canal would approve and I can't help wondering what Federico Malero, the educated Spaniard, would think. He did live and work there but I could never track his life after that. Still...in PANAMA he lives again for a while. Thanks, Federico and all the others who lived that unique American experience in the zone during construction. This book is yours.